News
You are here: Home / News / Developments / First UX-1 prototype assembly is on the way! 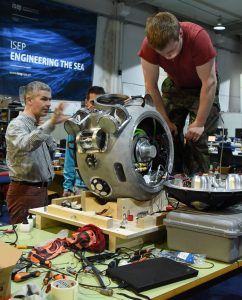 The moment for the first field trial in UNEXMIN is fast approching. In order to do the proper testing, the UNEXMIN team needs a working robot. For this reason the technical teams involved in the robot development travelled to Porto for the assembly of the mechanical parts of the first fully-operable UX-1 robot.

The UNEXMIN project’s main goal of developing an autonomous robotic system to deliver 3D mapping and exploration of European underground flooded mines is now close to a reality. Representants from TUT, INESC TEC, UPM, RCI and UNIM got together in INESC TEC’s facilities for the assembly of the first UX-1 prototype, after more than two years of hard work with a lot of development and testing to what the mechanical parts concern. Now that the assembly of the mechanical parts that constitute the robot, including all the necessary instruments for movement, control and geoscientific instruments, are produced and incorporated into the prototype, it is time to further test the robotic system.

The following step in the robot’s development will consist in testing UX-1’s software for movement and control in a relevant environment, together with the collection of geoscientific data (using water samples, imaging units, among others). For this, the technical developers of UNEXMIN will use INESC TEC’s pool, where they will replicate an environment similar to the ones of underground mines to test the robot’s capabilities before the first real field trial. 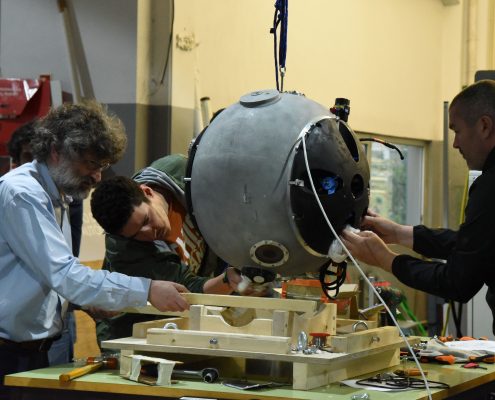 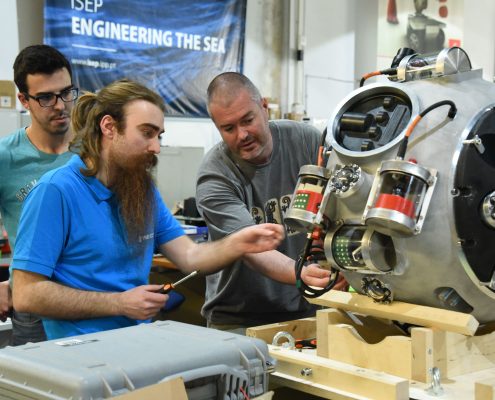 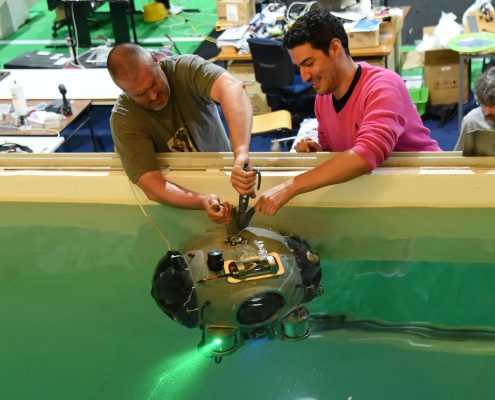 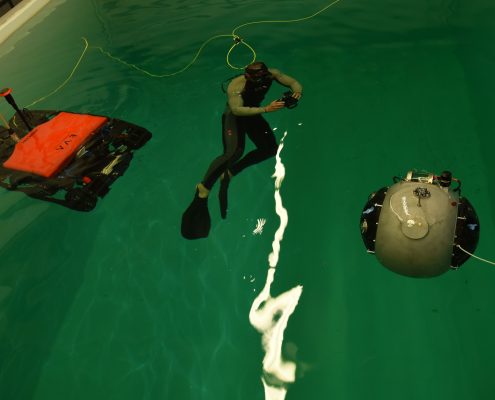 Next stop? Kaatiala mine, Finland, in June, for the first real trials in the UNEXMIN project!

Girls’ Day at University of Miskolc
Scroll to top