News
You are here: Home / News / News / UNEXMIN during April

In April, UNEXMIN continued to develop, adapt and test instruments for the upcoming UX-1 robotic explorer prototype. Also in progress is the development of data collection, processing and analysis tools. Software development is a critical step, as gathering and processing meaningful data from the flooded mines will be challenging.

During this time, UNEXMIN was also presented and discussed in conferences and other events across Europe. The dissemination agenda is important as it makes the project visible to its target audience of engineers, geologists and other relevant researchers and industries:

UNEXMIN was presented by LPRC on the opening day of EGU 2017. Luís Lopes’ talk reviewed the most important aspects of the project such as the concept and methodology, work developed and in development, and the potential impact and future further developments. 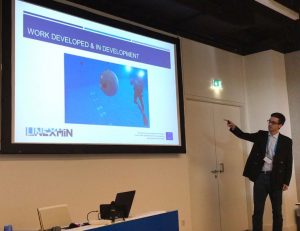 UNEXMIN was also delivered as a plenary talk at the international XXXI MicroCAD MultiScience Conference in Hungary. The audience was given an overview of the project, as well as a unique insight into the work being developed by UNEXMIN’s technology-focussed partners. 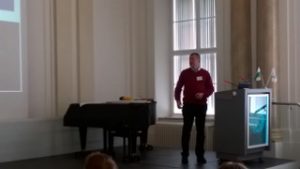 Led by Claudio Rossi, UNEXMIN’s partners at UPM won a scientific poster competition in an event held by the engineering school. UNEXMIN won this award from a pool of over 160 projects, covering all areas of engineering. Take a look at our award-winning poster here. 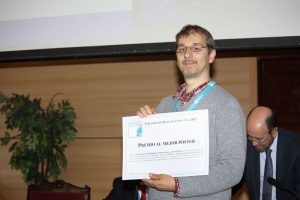 Work begins in the lab on UX-1: Part 2 – University of Miskolc
Scroll to top